Two short courses will be given at 12 June 2017 by staff members of DHI, Danish Coastal Authorities,

Peter Nielsen, professor in Coastal Engineering at the University of Queensland, Australia

There will be a field excursion along the coast of northern Zealand on Wednesday 14 June 2017.

The excursion is free of charge and is planned from 15 until 19 pm. Please indicate at the registration upon arrival if you want to join the excursion. Excursion guide is provided during the tour and can be downloaded here:. 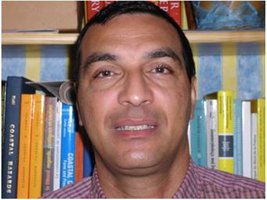 Edward has 30 years of research on the geomorphology and sediment dynamics of alluvial coasts – beaches and dunes, river estuaries and deltas. His field sites include the muddy Amazon-influenced coasts of South America, the sandy beaches and beach-ridge coasts of West Africa, beaches and river deltas in the Mediterranean, shoreface-beach-dune systems and processes in the English Channel and North Sea, and, recently destabilization of the morphosedimentary dynamics of the Mekong and Irrawaddy River deltas. His current scientific activity strongly focuses on the inter-connections between the human and natural dimensions of coasts, and how human activities and developments impact on coastal geomorphology, sediment dynamics, ecology and management, especially in the face of global change, sea-level rise and sediment supply perturbations on river systems. The adopted scientific approach is largely based on experimental (field measurements and observations), laboratory work, and modelling, and employs innovative techniques in remote sensing.

The shoreface has long been recognized as a fundamental component of long-term coastal morphosedimentary development because of its central role in sand exchanges between the continental shelf and the beach. Notwithstanding this recognition, research shows a strong imbalance between the beach and the shoreface in favour of the former. It has become increasingly clear that a finer understanding of how beaches evolve, buffer wave energy, and serve as a template for coastal progradation, necessitates a consideration of the morphodynamic impacts of changes in sediment budget, wave climate (storminess) and sea level. Coastal change and management are embedded in these multi-decadal timescales. These aspects are examined, starting with the small picture of instantaneous beach morphodynamic change driven solely by changes in wave energy, to the big picture involving the afore-mentioned lower-order drivers of beach and shoreface change (erosion or progradation, and forms of progradation involving beach ridges and aeolian dunes) and the sediment transport processes and morphodynamic feedbacks involved. Current paradigms and analytical techniques (experimental and modelling) from the small to the big picture, and beach-dune management implications in a time of climate change, are presented.

Peter Nielsen, Professor in Coastal Engineering at the University of Queensland, Australia. 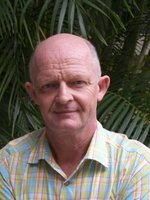 Peter was born in Denmark 1952, and educated at the Technical University of Denmark, MEng Civil 1976 and PhD 1979. His most influential mentors there were Helge Lundgren and Frank Engelund along with Per Bruun, who was the official opponent at the PhD defense.

After the PhD he spent 3 years as a postdoc with Don Wright and Andy Short at Sydney Uni gaining an appreciation for the geographers’ approach to coastal processes.

1983-84 he taught at University of Florida with Bob Dean and Ashish Mehta among others. Perhaps his most influential teachers there were a remarkable group of PhD students around Bob Dean, which he had to try and teach something.

After a six year break from academia, working with New South Wales Coastal Authorities, while expanding the family, he joined The University of Queensland in 1991 to teach fluid mechanics and coastal processes. In 1996 he received a DEng from this University.

He received the Biennial Coastal Award at Coastal Dynamics 2013.

His key-note will deal with 'Selected unanswered challenges in coastal dynamics'. He will address some new and some old but unresolved challenges. 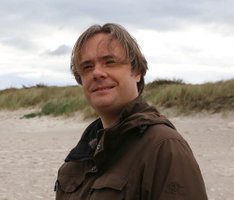 Nils obtained his Ph.D. on numerical and physical modelling of coastal bar morphology and instabilities in 2002 from the Technical University of Denmark (DTU). After his Ph.D. he has been working in different settings with both academic problems and applied engineering with a focus on marine fluid dynamics, coastal sediment transport and morphology. He has - from the time of his Ph.D. and forward - been working as a researcher, supervisor, lecturer and consultant in the context of development and application of numerical models for coastal zone waves, currents, sediment transport and morphology as well as detailed computational fluid dynamics for e.g. ship dynamics and jet/plume dynamics.

In 2009 Nils Drønen joined DHI where he started as a developer and coastal engineer. After a couple of years he became Head of Research and Development for DHI’s Coastal and Estuarine technologies, which is the position he holds today. Here he works with a development team in the Coastal and Estuarine Department developing numerical models for 3D currents and waves, non-cohesive and cohesive sediment transport, longshore and cross-shore morphodynamics on different scales and in different detail, coastal flooding, coastal protection and climate change impacts on the coast.